During the pandemic Glasgow’s Golden Generation launched a Digital Service. This began as a service which distributed tablet computer devices to older adults in Glasgow. As many service users hadn’t used the internet before, the charity designed a bespoke app which was pre-installed on all devices.

This app is available to download on the Apple App Store and Google Play Store, free of charge to anyone who wishes to use it. It can be downloaded on tablet computer devices, whether Android or Apple, and also to mobile phones including iPhones. GGG’s app is packed full of videos including cooking demonstrations, sing-a-longs, dementia friendly comedy and much more.

A weekly Wee Blether is hosted by the charity’s Befriending Team where older adults log on for a chat. GGG’s Digital Services have been a lifeline to older adults during the pandemic. With ongoing easing of restrictions, the project will continue to support older adults with digital literacy.

A key focus of the project, now that all available devices have been distributed, is teaching older adults how to make the most of their tablet computers.

GET OUR FREE APP! 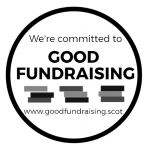 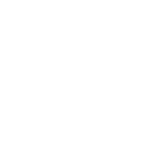